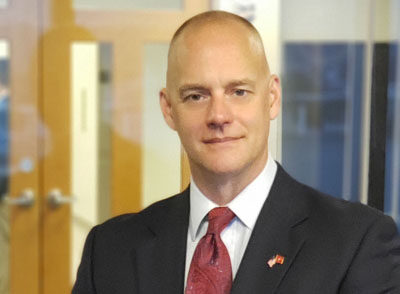 Upon graduation from law school in 2002, Woody began practicing as an associate attorney with the law firm of Winter, Johnson, and Hill PLLC in Charleston representing businesses and individuals in general and complex litigation.  In 2005, Woody joined the law firm of Hill, Peterson, Carper, Bee & Deitzler, PLLC and served as a trial attorney representing individuals and families of those that have been seriously injured or killed.

Woody left private practice in 2009 to serve as an Assistant Prosecuting Attorney for Kanawha County.  He served as a prosecutor until 2011 when the Marine Corps needed him to mobilize for active duty to serve as the Inspector – Instructor for the reserve unit in Cross Lanes for the unit’s deployment to Afghanistan. In 2012, Woody founded The Hill Law Firm, PLLC (now known as Woody Hill – Attorneys at Law – PLLC) in Charleston, practicing civil litigation, criminal defense, personal injury and family law.

Woody has served as a Fiduciary Commissioner for Kanawha County, is a family court mediator, and serves as a volunteer attorney for Legal Aid of West Virginia. Woody is a husband to his wife Kelli, who also practices at the firm, and together they have three wonderful children, Wesley, Isabella, and Lila. Woody is a member of the American Legion, Marine Corps Association, and life member of the Veterans of Foreign Wars.  He continuously served as a Scoutmaster for Boy Scouts of America since 2002 and received the Military Outstanding Volunteer Service Medal in 2015 for this service to the community. Woody was named Citizen Soldier of the Year in 2018 by the West Virginia State Bar. Woody is admitted to practice in the following jurisdictions: West Virginia, Georgia, U.S. District Court Southern District West Virginia, U.S. Court of Appeals 4th Circuit.

American Legion and Marine Corps Association member. Life Member Veterans of Foreign Wars. Continuously served as a Scoutmaster for Boy Scouts of America since 2002 and received the Military Outstanding Volunteer Service Medal in 2015 for this service to the community. Legal Aid of West Virginia Volunteer representing victims of domestic violence. Woody was also named as the Citizen Soldier of the Year in 2018 by the state of West Virginia.