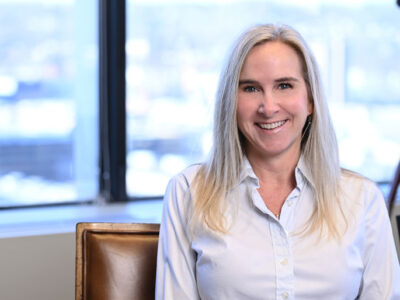 Kelli Hill, Woody’s wife and law partner, was born and raised in coal country, Raleigh County, West Virginia.  She is the daughter of a coal miner and a schoolteacher. Kelli graduated valedictorian from Marsh Fork High School and then attended West Virginia University where she met Woody.  Woody joined the Marine Corps upon graduation from college, married Kelli, and the two were stationed in California. Kelli began law school at Whittier College of Law in Costa Mesa, California.

Upon completing a tour of active duty, Woody and Kelli returned to West Virginia so Woody could begin law school and Kelli could finish at the West Virginia College of Law.  Kelli has practiced law close to twenty years and has served as a Guardian Ad Litem for children in the family courts of Kanawha and Putnam counties and focuses her practice on family law.

Her extensive experience as a Guardian for children and a mother of three teenagers enables her to focus on sensitive needs of children that are the subject of contested divorces and custody actions.  Kelli is admitted to practice in the following jurisdictions: West Virginia, U.S. District Court Southern District West Virginia.