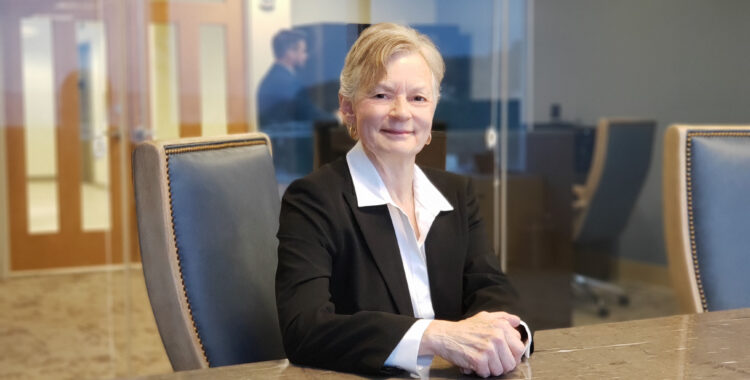 Nancy is survived by her loving husband, R. Edison (Ed) Hill. They were married on August 1, 1984. She is survived by her son, Woody (and Kelli) Hill and three grandchildren, Isabella, Wesley, and Lila. Also, step-daughter, Katherine (and Jason) Calloway and their three children, Jay, Grace, and Helen. Dearly loved by her three brothers, John (and Sue) Carper (Charleston, WV), Bradford (and Lynn) Carper (Warrensburg, MO), and Kent (and Debbie) Carper (Charleston, WV). She will be sincerely missed by countless family members and friends. She is preceded in death by her parents, William and Jeane Carper, of Charleston, WV.

Nancy’s professional honors and awards included: West Virginia College of Law, J.D. 1976; elected to Order of the Coif and served as editor of the West Virginia Law Review; U.S. Attorney General’s Award for Distinguished Service, in recognition of 12 years of successful litigation and dedication to the education of attorneys throughout the U.S. Department of Justice, December 1992; Director’s Award for Superior Performance as an Assistant United States Attorney, October 1988 (limited to top 1% of all Assistant United States Attorneys); appointment as U.S. Department of Justice Senior Litigation Counsel, “having been found exceptionally qualified by demonstrating skill in the art of advocacy,” 1984; U.S. Department of Justice Special Achievement Awards, in appreciation and recognition of Sustained Superior Performance of Duty: November 1981, December 1986, October 1987, and December 1987; Certificate of Appreciation during “Charleston Sting Operation” from the Bureau of Alcohol, Tobacco & Firearms (ATF), 1980-1981.

In 1997, Nancy accepted Christ as her personal Lord and Savior at Grace Bible Church where she was also baptized under the pastoral leadership of Pastor Matthew J. Watts. Her faithful study of God’s Word ignited her love and passion for Israel and its people. Nancy’s first biblical tour of Israel was in 2006 with Moody Bible Institute and she returned to the Holy Land on four subsequent tours.

Nancy was actively involved with Child Evangelism Fellowship. Her love and commitment were to share the Gospel of the Lord Jesus Christ with boys and girls. This included organizing and facilitating “Good News Clubs” in multiple elementary schools in Kanawha County. Serving alongside her husband, Nancy was an Auxiliary Member of The Gideons International. They attended numerous annual International Gideon Conferences over the past decade. Nancy was a member of the Resurrection Church in Charleston, WV.

Nancy actively served on several boards including the Union Mission, Fellowship of Christian Athletes, and Child Evangelism Fellowship Kanawha Chapter. Nancy was recognized and honored by the Union Mission in May 2018 as a “Woman on a Mission” for her work through Child Evangelism Fellowship and having started a “Good News Club” at J.E. Robins Elementary School (which was merged into Edgewood Elementary School). This after-school program teaches students about the Gospel, the Bible, and Christianity. Through the program, Nancy ministered to more than 450 students since 2007.

Immediately following the Visitation, the funeral service will be held at 1:00 pm on Friday, February 21, 2020 at Grace Bible Church with Pastor Matthew J. Watts and Pastor Mason Ballard officiating. Interment will follow at Grandview Memorial Park Cemetery in Dunbar, WV. Arrangements have been provided by Bollinger Funeral Home.